Free shipping on orders over £50!

Graded green do the best hash hands down I just wish you could buy bigger amounts in one time!

I was very shocked this is not trim but small buds!! Worth the price!!!!!

Best effects buy this one I was sceptical about cbd oil but for the price this is (and it's real oil) it's worth a shot. Lucky for me cbd oil worked a treat and I'm now using the 3000mg dose.

I feel that this oil hits harder than other oils on the market. Would definitely be buying again and it's so cool you can buy larger increments!

I upped my dose from the 1000mg to the 3000mg and it has completely stopped the back pain I've been experiencing for over 30 years. Adding a ground down bud soaked in mct c8 oil mixed with coconut milk and matcha tea was a revelation for my taste buds .
Incredibly smooth and lush with a malted flavour profile.
Give it a try guys .
All the best and stay safe
Yours honestly Mark

a
NEW Mix Trimmings a.
AMAZING 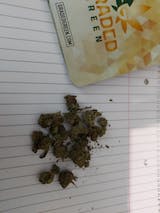 Got a gram of this to sample withmy vape. Light, floral odour. Definitely got that sweet cookies aftertaste. Cereberal, introspective effects, low key but distinct chilled feeling that creeps from back of your eyes, over your head and down the spine. 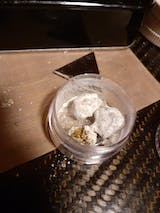 Got a gram of this as a tester, I always do that, this gram was huge, i dont have any scales at the moment but it looked more like two. Very happy. tried most of the stains onz graded green. This bud is really good, well trimmed, smelt beautiful and smoked lovely with good effects, definitely chilled. 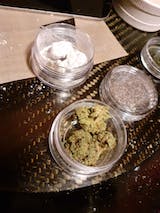 I couldn't detect much aroma but vaping quarter g and I get gives a light, sweet taste. There's a gradual but quite pronounced effect, definite body relaxation, feeling of tension reduced across my shoulders and neck. General slow-down vibe from it. Nice.

Exceptional quality. First impressions out of the bag, buds are covered in sticky crystals, on the dense side and neatly trimmed (pic under fluorescent light to see all the details of the buds clearly). Only gripe was bud size was a bit small, but I could forgive it given the quality. The smell is sweet with an unmistakable undertone of quality. Bruce Banner, it certainly lives up to that expectation, CBD wise this is packed with sticky icky goodness. When in use this is where the bud impressed the most, the scent comes alive and is comparable to the top shelf sativas from the dam. Well cured pulls just right. Excellent CBD benefits and great during the day. When it’s restocked I will be purchasing more. 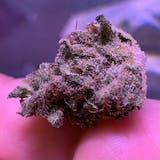 Aside from being really pleased that i tried this company, i'm super happy that i chose to try the super banana flower.

It had an immediate effect on me, and the flavour of it was really good. I can't describe the flavour, it's not exactly banana imo but it's very very nice, especially the aftertaste. Some flowers make me want to brush my teeth afterwards to get rid of the taste, but this one has a unique flavour and leaves a really nice aftertaste for a long time.
Definitely a fan of this one.

I've got a bit of a cold so I couldn't detect much of a smell from this bud but visually, great, lovely green and orange buds, absolutely glistening with tricomes. Nice taste in my vape, hints of sweetness, excellent effect - immediate dreamy floaty undertow to body, behind my eyes, easing mental and physical relaxation. This is a quality bud, no doubt. Excellent packaging, very good service overall.

Paid for next day delivery and got it exactly that. Very fast and reliable service with good quality flower, would definitely recommend.

Its not bad... But hard as rocks lol.
Smels pleasant, different feel when consume, chill with wine 👌

What can I say! When reading the description saying for experienced users I honestly thought it's only cbd it's not going to be that overwhelming as I've smoked cbd isolate aswell as cbg isolate at 99% each. How wrong I was, these moon rocks hit me harder than any cbd product I've tried ever. Not overwhelming but seriously powerful relaxing affects instantly and paranoia and anxiety absolutely gone. Once I opened the cool little platictic jar that these come in, I noticed straight away just how much cbd kief was costing the buds. Nice little nuggets. The smell was not really strong and smelt like beautiful hash not bud. When I picked up a bud it was solid so dense, I dropped it on my glass coffee table and it did sound like a stone/rock hitting the glass. I ground up a little bud and again the smell was of hash but stronger now. Done a bong and the taste was earth and hashy, really really beautiful taste so spot on, as I said earlier I was instantly relaxed after abit of a cough it was abit harsh but I did put too much in the bowl and couldn't finish it straight away as it was so powerful. I suffer from a few mental health issues ranging from borderline personality disorder, depression, anxiety, PTSD and anorexia. I felt really chilled, happy, sleepy and the best or one of the best things for me I became really hungry almost like I had the munchies, well i did, stimulating my appetite was an unknown but really good affect I felt of these. This is an amazing product and upon reading again I believe that these moon rocks do have more than just an appreciable amount of cbd but cbg and a hist of other cannabinoids and that really shows (like synergy effect) well all I can say is that I dint need to use as much next time and I'll definitely be ordering these ageing as soon as I get low. My new favourite product graded green do.
Good for- relaxing
Sleep
Anxiety
Paranoia
Appetite stimulant
Anti depressant
Not good for during the day (well that is if you do a massive bong)
Brilliant and thanks again so so much graded green. O
Strawberry 22% CBD O.
Was ok nothing wrong with it.

Its probably me but I was expecting a full on strawberry smell and taste, dont get me wrong it did have a strawberry hint to it definitely. The taste for me let it down thou not much strawberry in the taste and had a earthy but also a hempy taste too. It was covered in tricnomes and the effect was very strong, felt focused, energised, happy and anxious reduced massively. For me would be more of a daytime smoke.
Good quality, good looking, well trimmed and quick delivery. Great customer service as always.
Thanks graded green Only ordered a g of the amnesia. I will definitely be ordering some again. The taste was one of the best I've tried yet from graded green. I'm slowly working my way thru them all, but anyway really good looking well trimmed buds, crack one open in the grinder and it stinks, really string beautiful aromas. The cbd effect was strong and was covered in crystals. Next time I order this I'll be getting 14g its proper moorish.
Thanks graded green another first class bud.
Also as always wuick speedy delivery

As a big fan of CBD and THC I was very excited to try these moon rocks. Not disappointed. Broke off a little, crumbled and added to my herb vape. Sweet, tasty, almost minty earthy smoke. Very smoothe. Lingering notes on tongue. Immediate feelings of calm, easy, floaty dreamy effects from just a tiny portion. Lots more vapour and for longer than from normal bud. Impressed. Will definitely be using again.